Today's theme is 'sky'. Think about that for a minute...because I've thought about it for 2 days! This is a tough one. It required some creativity. I'm going to present several stories, not a lot of proof, possibly some photos, and a little bit of “this is what I've been told”. I think you will enjoy it though.


IT'S JUST A BUNCH OF BAD ACTING! - Eugene DRAKE and Bessie WILLIAMS LARKIN

Eugene (“Gene”) and Audrey DRAKE were my grandparents and Bess was my great-grandmother. In the latter years of her life, Bessie lived with Gene and Audrey. Bess loved luchador-style wrestling- masks, theatrics, stage names- the whole nine yards. She loved it. And Gene? He loved antagonizing his mother-in-law! (It's the DRAKE sense of humor- we kind of can't help it!) Gene would let Bess turn on wrestling and then he'd start in on her about how it was all fake. She would retort that it was real and the fight was on. I don't know how Gene really felt about the wrestling but I know he loved picking on Bess. The more he'd antagonize her the more riled up she'd get. My mom remembers times that she would be sitting on the couch next to Gene and he'd nudge mom with his elbow and very softly say, “Watch this.” Then he would start rooting for the wrestler that was opposing the one Bess was rooting for and he'd start smack-talking Bess's wrestler. Mom said it would really get her going and Gene would be on the couch laughing the whole time. 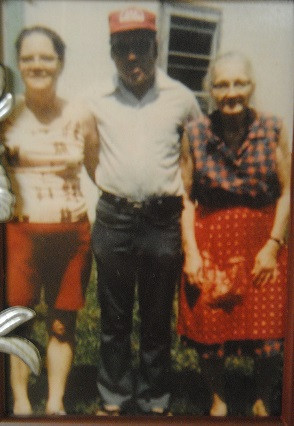 Photo of a photo of Bess LARKIN, Audrey DRAKE, and I think the guy is Ray LARKIN. 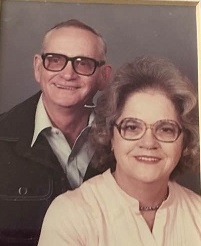 Remember Willard Drake who went to Leavenworth? William was his dad and my 3rd great-grandfather. William is said to have been a law enforcement officer at Oak Grove, Oklahoma. (Information supplied by Kerry Langstaff.) I haven't been able to verify that. I do know that I'm not aware of William living near Oak Grove, Oklahoma but he did live close to Oak Grove, Missouri in 1870. I'm still trying to find some kind of proof for his work as a Constable or Deputy. John Beason DRAKE was William DRAKE's grandson (son of Poppy Lon- my 2nd great-grandfather). John was an officer in Southwest City, Missouri. 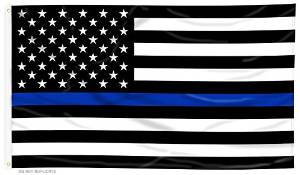 My final short short story is about Bess's family. I'm hoping that someone will find some information about them. Bess's family has been so hard to trace. Her maiden name is WILLIAMS. Add that to the fact that she was married multiple times and then add to that commonplace first names and you've got a recipe for going nowhere fast! Over the past three decades I've been able to identify Bess's dad and paternal grandfather but it's been tough going and it's only been recently that I've been able to find information about them beyond names. The WILLIAMS' are still very much a mystery to me.

Bess's mom's last name is BELL. It's still a fairly common name and the problem with a last name like BELL is that it was also a common first and middle name as well as a noun (as in “ring the bell”). All of those things add up to another very difficult family to research. I have identified Bess's mom, maternal grandparents, and one set of maternal great-grandparents but have not been able to identify anyone in her line beyond that.

So just in case y'all feel like doing a little research, Bess's parents are Samuel Morris WILLIAMS born April, 1864 in Illinois. Up until this year I believed he had died in 1905. That's what Mam (Audrey) told me and that was the accepted family history among older family members. However, this year I discovered information indicating he did not, in fact, die but rather ran off and left his wife and kids. Samuel's dad was John WILLIAMS (1840-1904). Bess's mom was Eliza Emoline BELL (born July, 1871 in Roubidoux, Texas, Missouri and died in 25 February 1934 in Upton, Texas, Missouri). Eliza's parents were Quincy Adam BELL (1825-1902) and Emily MOODY BELL (born in Missouri) OR Elizabeth Emoline STEPHENSON (1844-1897) (I'm not sure which one or they might even be the same person). Quincy's parents were John BELL (1795-1848) and Sarah HARDIN (1806-1896). I would love for you all to join in the search.

One additional thing. I'd love for you all to consider taking a DNA test to contribute to advancing the family genealogy. If you're interested but have questions, message me and I'll be glad to help if I can. I just ordered my test a few days ago and I'm looking forward to getting my results.

Until next time,
Lisa @ Days of Our Lives
Collapse